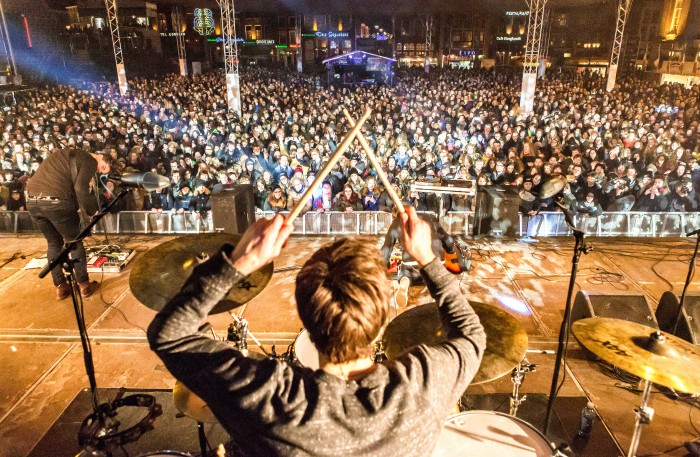 Iceland is the focus country at 2015’s Eurosonic Noorderslag, and the first wave of Icelandic acts have been announced by Iceland Music Export.

Kaleo, Kiasmos, Rökkurró and Samaris have been confirmed as the first acts on the line-up of Eurosonic, Europe’s most important live music showcase and conference. The 29th edition of the Dutch festival will take place between January 14th-17th 2015. (Samaris have also just been announced as one of the first five acts confirmed for Oslo’s By:Larm 2015. It’s all go! More on this soon.)
Sigtryggur Baldursson, MD Iceland Music Export said: “Iceland’s music community is in the midst of some massively exciting developments, so to be invited as Eurosonic’s focus country for 2015 is perfect timing as well as a great honour.
“A combination of our homegrown festivals, a targeted export programme, Reykjavik’s establishment as an international touring destination and the continued success of Icelandic music abroad has resulted in the emergence of a new generation of artists. The likes of Kaleo, Kiasmos, Rökkurró and Samaris are all unique and individual talents, and I hope today’s announcement will offer just a small taste of what to expect next January.”
Peter Smidt, creative director Eurosonic Noorderslag added: “For many years we have enjoyed the incredible amount of unique acts to come out of this small European country. We also have been amazed by the quality of Icelandic acts that have performed at previous editions of Eurosonic. We are looking forward to put a spotlight on all new Icelandic talents by doing the focus on Iceland at Eurosonic Noorderslag in January 2015.”
Each year a different focus country is highlighted at Eurosonic, showcasing the diverse musical talent across Europe. Other countries who have been showcased at previous editions include France, Germany, Italy, Sweden, Belgium, Norway, The Netherlands, Ireland, Finland and Austria.
Kaleo
For a band which formed just a year and a half ago, Kaleo has experienced considerable success. This indie-pop/rock quartet shot to fame last year with their cover of Icelandic classic “Vor í Vaglaskógi” and since then have achieved two number 1 hit singles. Their self-titled debut, also released in 2013, also topped the Icelandic charts and the band picked up Icelandic Listeners awards for Best Album, Best Singer and Best New Act. Kaleo were also named best newcomers at the Icelandic Music Awards.
Kiasmos
After dropping several tracks and performing at select festivals throughout the years, Ólafur Arnalds and Janus Rasmussen dedicated 2014 to explore the area in-between Ólafur’s more acoustic, piano-based solo work and Janus’s synth-heavy electro pop, with their collaborative electronic project. Made in Ólafur’s newly-built studio in Reykjavík, the majority of their debut self-titled album  (released by Erased Tapes) was recorded using acoustic instruments next to a variety of synthesisers, drum machines and tape delays.
Rökkurró
With band members spending time between Tokyo, London and Reykjavík over the past three years, Rökkurró have been meticulously expanding their luscious musical palette. The success of the band’s previous studio effort Í Annan Heim (produced by Alex Somers of Jónsi fame) was largely unexpected. The album spent over 100 weeks in the Top 30 of the Icelandic charts, while gathering warm words from international media such as NME, Clash Magazine, KEXP Radio, The Line Of Best Fit and CMU Daily. Three years on, Rökkurró are back in the studio, with a new record scheduled in 2014. This time around, their partner in crime is the renowned multi-instrumentalist and producer Helgi Hrafn Jónsson.
Samaris
Formed in 2011, Samaris won both the Icelandic Músíktilraunir (past winners include the likes of Of Monsters and Men) and Kraumur Award within months; while their performance at Iceland Airwaves in 2012, attracted the attention of The Line Of Best Fit, Drowned In Sound and One Little Indian – to who they subsequently signed.  The UK release in July 2013 of the group’s two Icelandic EPs (as the eponymous Samaris album) sparked widespread interest, with glowing reviews appearing everywhere from NME to the FT. An acclaimed follow-up, Silkidrangar, was released in May 2014.
ABOUT EUROSONIC NOORDERSLAAG:

Eurosonic Noorderslag is the key exchange and networking platform for European music, with a proven track record for helping new acts break into the International music scene. Selling out each year Eurosonic Noorderslag attracts over 3,200 delegates, with showcases by more than 300 artists and a conference programme featuring 150 panels, keynote speakers, interviews, workshops, dinners, parties and meetings and the latest developments in the interactive media sector. 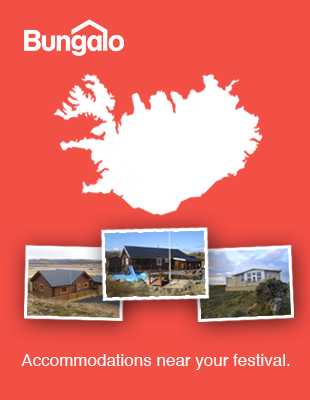