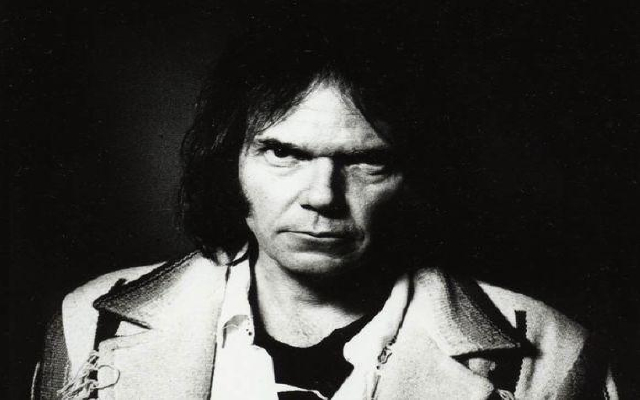 After a week of rainy days in Reykjavik the sun came out to welcome concert goers at Laugardalsholl venue. This night Neil Young & Crazy Horse were attracting  throes of people and soon the venue was packed with people of all ages with the older generation mostly populating the venue. But as we all know age is irrelivent when it comes to music.

Local hero Mugison got the task of warming up the crowd. Armed only with his guitar and his wife by his side singing vocals. It was a short set, about twenty minutes but Mugison managed to play two new songs and get people in the right state of mind for the upcoming headliners.

This was the fourth time attending a Neil Young concert but the first time in my home country so it was a special moment when the lights went down and the first notes of Neil´s Gibson guitar came roaring through the sound system.

The show started with a fury with Neil blasting out a long solo in an extended version of Love And Only Love. everything came together when Neil took to the microphone with his distinctive voice mesmerizing the crowd. Going ´Home, Days That Used To Be, Don´t Cry No Tears, Love To Burn og Seperate Ways followed.

Neil then switched to the accoustic guitar and played Only Love Can Break Your Heart and a cover of Dylan´s Blowing In The Wind. He finished the accoustic segment of the show with Heart Of Gold.

Neil and Crazy Horse then launched into Barstool Blues og Psyhedelic Pill where the light show switched to a psychedelic feel which felt like time machine to a 70´s show.

Neil Young adressed the crowd, saying how lucky Icelanders are to be able to drink pure, clean water right from the tap. He himself always brings with him bottled water where ever he goes. He then asked for support to save the earth before debuting a new song called Who´s Gonna Stand Up And Save The Earth.

The show ended with Rocking In the Free World and an encore of Like A Hurricane.

This was a bit of a short set for a Neil Young Concert but well worth attending. The band was tight and Neil was in great playing form. Sound and visuals did him and Crazy Horse justice and over all it was a great night.

This was the special opening show for the All Tomorrows Parties festival in Iceland which formally starts july 9th. Be sure to check out the festival HERE